What would the world be without Cabernet Franc? The red wine from France would probably be missing everywhere, because it is one of the most popular grape varieties in the world. The Cabernet Franc owes its widespread use primarily to its robustness and adaptability as well as its excellent suitability as a blending partner for high-quality cuvées.
However, the vine is also produced as a single-variety wine of high quality, such as our “Cabernet Franc Reserve, Ried Kaiserberg 2019” – dry – NEUKAMP & STADLER Selection – Halbturn.

Cabernet Franc: Everything about the little brother of Cabernet Sauvignon

Cabernet Franc was created from a wild vine - it is frugal, but likes it warm. The vine is robust and can withstand bad weather, which is why the Cabernet Franc also thrives in cooler regions. Its vines are conical and regular. The grapes or berries have a softer, but still more robust skin than the Cabernet Sauvignon and they also ripen earlier. 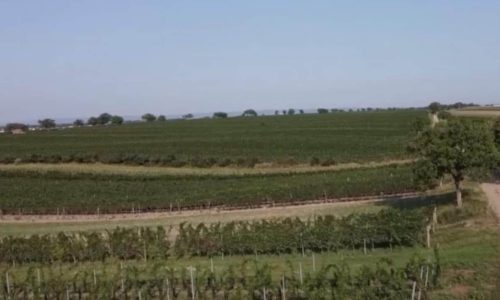 Origin and Provenance of Cabernet Franc

Cabernet Franc, the special grape variety of emperors and kings in France and Spain, has been cultivated for centuries. The exact provenance, the origin or the ancestry can hardly be traced today - so there is the theory that the vine, which is said to be descended from wild vines, could come from the Basque Country and appeared in France after the last ice age. Cabernet Franc is the oldest of all Bordeaux varieties, it is a parent of Cabernet Sauvignon, also a very popular red wine. There is also a relationship to Merlot and Malbec. 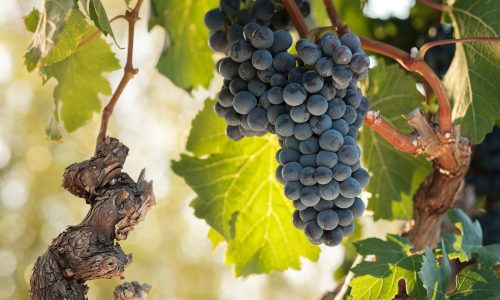 Demands of the Cabernet Franc on climate and soil

Cabernet Franc is not a savage. It is uncomplicated and feels at home on a wide variety of terroirs, even on barren soil and in different regions - the climate must not be too cold. He feels particularly comfortable in good locations, such as the one in the Burgenland region on Lake Neusiedl. Here in Austria, in the Neusiedlersee DAC wine-growing region, the climate is particularly well suited to red wines: long, warm summers with little precipitation and frost-free winters. The Neusiedlersee brings salty air and creates a fine microclimate. 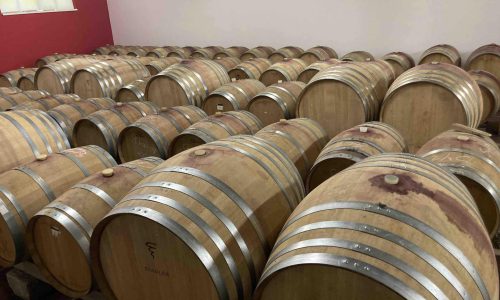 The Cabernet Franc vine is grown almost all over the world: in France, Spain (Basque Country), Austria, Italy, Eastern Europe, but also in the USA (e.g. California), Chile, Argentina, New Zealand, Kazakhstan, Russia, China or South Africa… The largest quantity is grown in France, in Bordeaux, Bordeaux or even in the Val de Loire.

In Austria, small amounts of the grape variety can be found in Lower Austria and Burgenland, almost 90 hectares (0.2%) of Austrian wine-growing areas are planted with Cabernet Franc grapes.
Apart from Austria, the Cabernet Franc is also cultivated in many other European countries. In France, it is one of the six grape varieties permitted for Bordeaux wines. In Italy it is often blended with other wines, where it is pronounced “Cabernet Frank”. In Hungary, the Cabernet Franc is also produced as a varietal, it is also produced in Eastern Europe and in smaller quantities in wineries in Germany and Switzerland.

Cabernet Franc is at home almost all over the world: we find it in Brazil, Argentina, Chile, Uruguay, New Zealand and Australia, but also in Canada, the USA, Kazakhstan, China, Russia and South Africa. Almost nowhere is it cultivated as a single variety, most likely in France and, as mentioned, in Hungary.

The beauty of Cabernet Franc, besides its great red color, is the fact that its tannin content is lower, so it can be drunk earlier and is not as astringent as other red wines. It is a universal food companion and can taste fruity from greenish tones (paprika), if the grapes were not harvested quite ripe, to raspberry tones, currants and violets. It is not too powerful, sometimes mineral and fruity, fine and pleasantly drinkable.

The taste, the colour, and the tannin content is determined by the terroir (e.g. limestone soil), the climate and the region, but above all the use of the wood (e.g. barrique) has an effect:
Depending on the drinking maturity of the wine, a wide variety of aromas can be perceived: green peppers, violets, currants, raspberries, strawberries, but also vanilla, tobacco and chocolate can be tasted. Depending on the growing area, the scent or the scent notes can change. The results of wine tastings show how different wines from France taste compared to wines from Austria: sometimes very fruity, then again like paprika or vanilla – depending on how the winery works.

Cuvées are blends of grandiose wines or several grape varieties (blending partner) – just like the joint work of NEUKAMP & STADLER, unique and full-bodied.
For red cuvées, wines or varieties such as Merlot, Cabernet Sauvignon, Cabernet Franc, Carménère, Malbec are usually used. Our wines are matured in barriques made from lightly toasted wood. Grab your largest and thinnest wine glass, swirl this gorgeous cuvée to admire the beautiful streaks, hold the glass up to the light to see the rich color and then it’s time for your nose to take in the bouquet of this cuvée enjoy.

Which dishes does the Cabernet Franc go well with?

Cabernet Franc is a versatile red wine compared to other wines. It is an uncomplicated companion, not too wild, which goes well with meat such as steak (also seasoned with pepper), but also with roast chicken or grilled vegetables. The all-rounder among red wines also goes well with dark meats such as game, grilled meat, stews (ideally prepare the sauce with the same Cabernet Franc) and spicy cheeses.
A good bottle of Cabernet Franc should not be missing from any domestic wine rack, so ordering from us is definitely a great idea.
If you have any questions about our products, you are welcome to contact us by e-mail (in our case with SSL encryption) or telephone, we do not currently offer a newsletter.
The prices that our wines have received can be found directly on our home page.

The Nestor Cabernet Franc from Austria

With a size of 7,800 hectares, the areas in the Neusiedlersee DAC wine-growing region are small in international comparison, but they are special: hot, dry summers and moderate winters with little snow. No region in Austria has more sunny days, which gives the grapes an unmistakable power and depth of fruit and thus produces great red wines.
At NEUKAMP & STADLER, we focus on reducing the quantity in the vineyard and planting the lanes with greenery all year round (certified by Nachhaltig Austria). This is followed by a long maceration period with spontaneous fermentation and vinification in different wood qualities. After 18 months at the earliest, the bottle is filled.

You can find more about our wines here:

What others are saying about our Cabernet Franc

We do our best to inspire wine lovers, wine experts and wine lovers again and again...

We are happy to advise you personally

We will help you to choose the right wines for your very personal wine experience.

Give us a call!